I am very excited for the new version of Agatha Christie’s classic murder mystery, “Murder on the Orient Express,” due out in November. The movie, with a cast of notable names, is directed by Kenneth Branagh and he also stars as the famous detective Hercule Poirot. Not only am I thrilled because I loved the Agatha Christie movies of the 70s (Albert Finney and Peter Ustinov), but I am confident that with Branagh at the helm, this film will be visually stunning and beautifully acted.

The trailer is on YouTube, if you haven’t seen it yet.

But for me, it’s more than just the movie. Look at Kenneth Branagh for a second, styled as Poirot.

My first thought when I saw him (and maybe it’s just me — of course it’s just me) was, that’s Hamlet, if he got older.

Because of course it is. 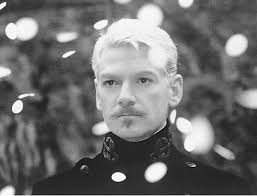 Branagh played Hamlet in 1996. His Hamlet was platinum blonde with a trim mustache and a fierce intensity. You sensed that Branagh’s Hamlet thought he was the smartest guy in the room, and also that he probably was. Poirot, the world famous detective, shares many of Hamlet’s characteristics, which is why Branagh is such a great choice to play him. And, apparently, they have the same mustache.

The second I saw Poirot, I thought, Hamlet didn’t die.

I mean, look at him. Them. Whatever.

If Hamlet had lived, he would look exactly like Hercule Poirot.

But wait a second, you’re thinking, Hamlet dies. He actually does die in the play. So he can’t get any older.

I know. But what if he didn’t die.

My creative brain exploded and started shooting threads of possibility at me. There was no poison on the fencing foils. Or, as in Romeo and Juliet, the poison only caused a feigned death and he later woke up to find Fortinbras in charge of Denmark. Or he was faking his death to get the hell out of Denmark — it’s not like Shakespeare didn’t love fake deaths. Or maybe — let’s rewrite the play itself a little — Horatio stepped in the way of Laertes’ blade, taking the blow intended for Hamlet.

There are a million ways Hamlet could have lived.

And you know what he would have done, right?

He would have gone back to Wittenberg and became a professor and probably slept with a student or two (because he did not have good judgment, did he?) and maybe he was finally happy because he was doing what he wanted for a change…

And maybe when Fortinbras died in battle (because there’s no way his aggression would have stopped with Denmark and Poland), maybe the people of Denmark would have sent someone to Germany and said, “Hey, Prince Hamlet, want to come back?”

And maybe, older and wiser, looking like Hercule Poirot, maybe he did.

Like Loading...
This entry was posted in Uncategorized and tagged Hamlet, Hercule Poirot, Kenneth Branagh, Murder on the Orient Express, Shakespeare, What if Hamlet Lived. Bookmark the permalink.